Manchester United manager Ole Gunnar Solskjaer said it “doesn’t make sense” for his players to travel for international duty later this month if they have to quarantine on their return and miss games as a result.

Arrivals in Britain from “Red List” countries are subject to 10 days’ hotel confinement.

South American countries and Portugal are among the nations on that list meaning United stars Bruno Fernandes of Portugal and Uruguayan striker Edinson Cavani could be missing for World Cup qualifiers.

Liverpool manager Jurgen Klopp said his club will also withdraw players if they are forced to quarantine, casting the participation of Brazilian trio Alisson Becker, Roberto Firmino and Fabinho and Portugal forward Diogo Jota into doubt.

In normal circumstances, clubs must release players for international duty on specific dates.

However, FIFA has given clubs dispensation to prevent players who may be affected by the regulations from joining up with their countries for the matches.

“It doesn’t make sense to travel, when we are paying them, if they come back and are away for 10 days ” said Solskjaer. “That’s a chat we’ll have with the players.”

Fernandes is among the United stars who looks like he needs a break in any case as the Red Devils’ main man put in another jaded performance in a dismal 0-0 draw at Crystal Palace on Wednesday.

In foggy conditions at Selhurst Park, United failed to see a clear route to goal as they were involved in a sixth goalless draw in 27 Premier League games this season and a third in a row in all competitions.

A point edges Solskjaer’s men back a point clear of Leicester in second place, but the gap to runaway leaders Manchester City is now 14 points ahead of a derby clash between the two on Sunday.

United’s priority is now just clinging onto a place in the top four as a run of two wins in eight league games, allied to City’s record-breaking 21 game winning streak, has ended any semblance of a title race.

“It’s not what we want, but we need to play better to win games” added Solskjaer. “We know we are in a battle to be as high in the table as possible.

“We know we are in a fight and need every point we can. It’ll definitely be a difficult challenge (against City) and we need to be better to win that one.”

Nemanja Matic’s deflected effort came closest to breaking the deadlock as Vicente Guaita produced a brilliant save to turn the Serb’s shot behind before Cavani fired over from the resulting corner.

United’s record unbeaten run away from home in the Premier League stretches to 21 games, but a deluge of draws is doing little to aid their chances of ending the season on a high.

That run nearly came to an end in the final minute when Patrick van Aanholt fired straight at Dean Henderson with just the goalkeeper to beat with the best chance of the game.

“That’s a Man Utd goalkeeper,” said Solskjaer. “Sometimes you have to keep concentration and he’s growing into that. I thank him for the one point.” 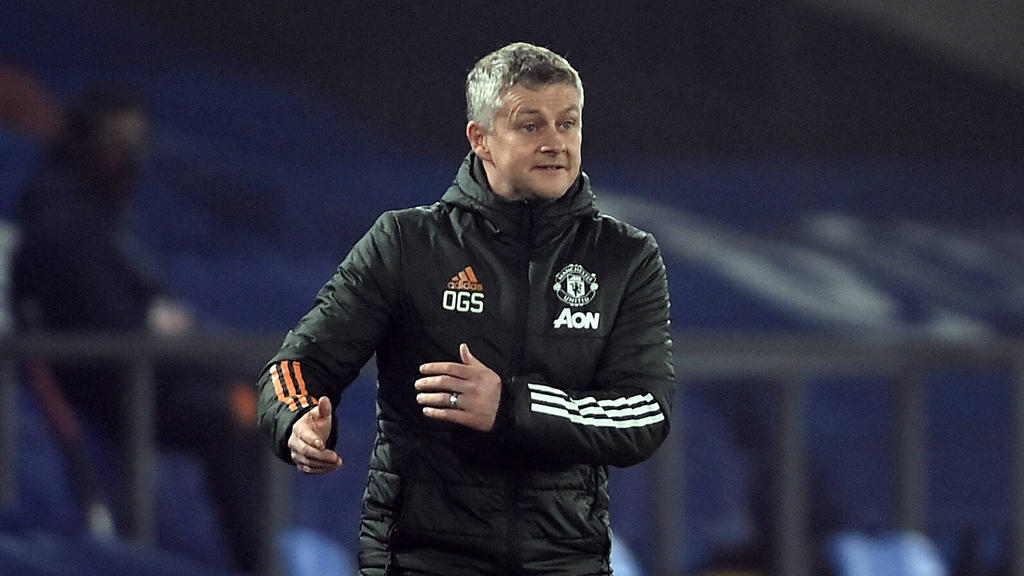