Chelsea shrugged off uncertainty over the club’s future to beat Newcastle 1-0 thanks to Kai Havertz’s late goal at Stamford Bridge on Sunday, while Arsenal moved into the top four with a 2-0 win over Leicester.

The European champions are still reeling from the impact of the sanctions placed on billionaire owner Roman Abramovich by the UK government for alleged close links to Vladimir Putin as the Russian president wages war on Ukraine.

Chelsea have only been allowed to keep operating thanks to a special licence that still imposes a series of restrictions such as a ban on selling tickets and merchandise.

There was little immediate sign of change once the action got underway in front of a full house at Stamford Bridge with all the tickets already sold prior to Thursday’s announcement of sanctions.

Prior to the match both Chelsea’s technical and performance advisor Petr Cech and manager Thomas Tuchel could offer no guarantees the Blues can even afford to fulfil their fixtures for the rest of the season unless the restrictions of the licence are eased.

In contrast to matches in recent weeks there was no chanting of Abramovich’s name by the Chelsea fans, although there was still a banner with his image hailing the “Roman Empire”.

The chaos caused by questions over where Abramovich amassed his wealth have also seen renewed criticism of the decision to allow Newcastle to be taken over earlier this season by the Saudi sovereign wealth fund.

The Magpies have seen immediate results from their first transfer window under new ownership as they were unbeaten in nine league games to climb away from the relegation zone.

Newcastle felt aggrieved that Havertz was even on the pitch to score the winner as he caught Dan Burn with an elbow in the first half, but escaped with just a yellow card.

The German then produced the one moment of real quality from a scrappy game when he controlled Jorginho’s ball over the top beautifully before prodding home the winner in the 89th minute.

“We feel sorry for everyone. The supporters, the workers, not just us professionals,” said Havertz.

“We try to give everything for them in the moment. We have to stand together, we try to do this and give them a good feeling.”

Victory solidified Chelsea’s position in third place as they remain well on course for the much-needed financial boost of qualifying for next season’s Champions League.

Arsenal are also closing in on a return to the Champions League for the first time in six seasons as a fifth consecutive win took them back in front of Manchester United with three games in hand still to come.

The Gunners were dominant from the first whistle and went in front when Thomas Partey exposed Leicester’s weakness from set-pieces to head home the opener on 11 minutes.

Partey was also involved in the second goal as his header was handled by Caglar Souyuncu and Alexandre Lacazette rifled the resulting penalty high beyond Kasper Schmeichel.

West Ham also maintained their ambitions of a top-four finish in emotional circumstances as Ukrainian international Andriy Yarmolenko marked his return to action by scoring in a 2-1 win over Aston Villa.

Yarmolenko had been given time off following Russia’s invasion of his homeland to help aid some of his family to safety.

Introduced as a second-half substitute, he fired home the opening goal 20 minutes from time and was overcome with emotion as he bent down on his knees in celebration.

“It was so emotional for me because of the situation in my country,” said Yarmolenko.

“It is so difficult for me right now in this moment thinking about football because every day, the Russian army is killing Ukrainian people.

At the bottom of the table, only goal difference is keeping Everton out of the relegation zone after Conor Coady’s goal gave Wolves a 1-0 win at Goodison Park.

Watford secured a much-needed win to keep alive their hopes of survival by beating Southampton 2-1 at St Mary’s thanks to Cucho Hernandez’s double. 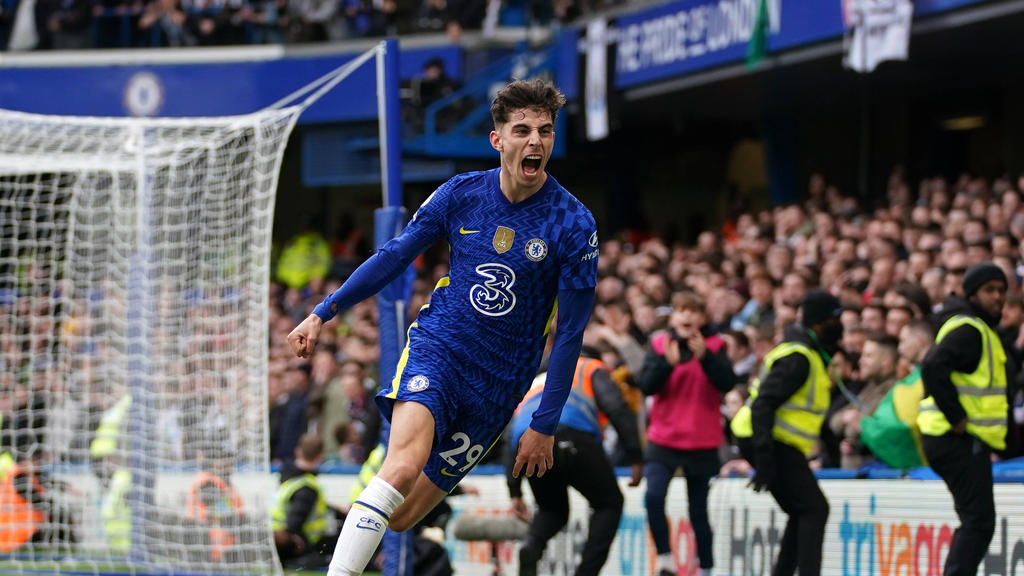 Salah tells Liverpool he wants to stay but…